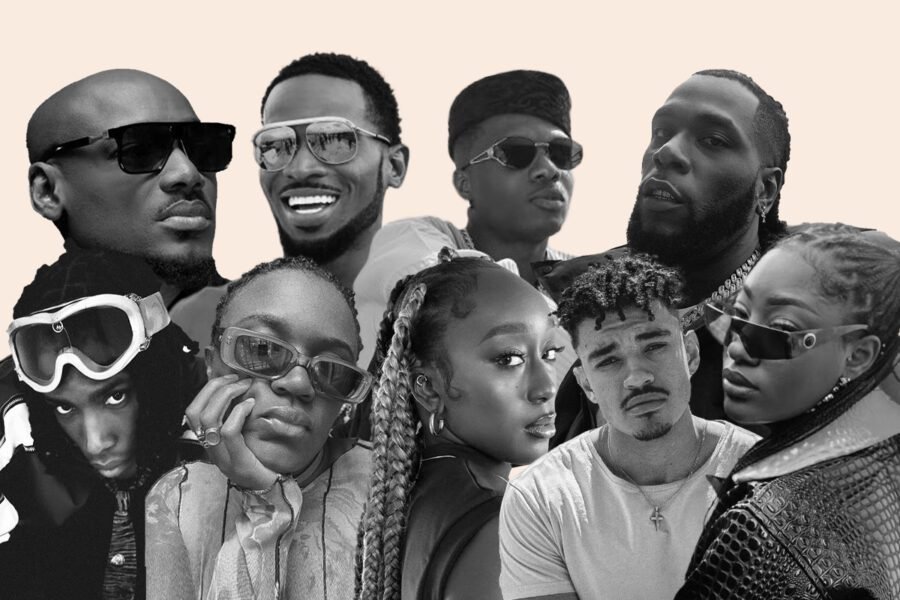 Over the years, Afrobeats as an umbrella of many subgenres has worn many faces and taken up different shapes; each introducing the world to a different kind of Africa expressed through our music. This evolution has birthed a number of subgenres and has – even beyond expanding our catalog – widened the size of Afrobeats’s fan base across the globe. In this article, we’ll share seven important songs that serve as landmarks through all the eras that Afrobeats has lived through since the 2000s.

This 2004 release by a singer considered to be one of the pioneers of “new age” Afropop, TuFace Idibia has proven to be a long-lasting classic. Even till now, every mouth would sing along if the song came up at a house party and everyone would most likely be singing it word for word. African Queen went on from being just another African pop song, into being one of the most revered African records of all time.

This song was released as one of the tracks on Dbanj’s second album, “Entertainer” at a time when Dbanj’s name was one of the leading ones in the country. His partnership with popular producer/label boss Don Jazzy was a relationship that all of Africa admired at the time and the duo couldn’t do wrong in the eyes of music lovers. Coupled with the beautiful harmony of this song, it didn’t take too long before it became a continental anthem.

This song is an important one in the history of Afrobeats because it showed many young, aspiring artistes that the whole world could listen to their record if they had the right partnerships and met the right “plugs”. Oliver Twist was released under Kanye West’s G.O.O.D Music and earned African music a good number of new, international fans.

This song has been one of the biggest ever to come out of Nigeria. In it, Canadian rapper Drake featured Wizkid and UK’s Kyla in what later went on to become the most-streamed song ever in Spotify’s streaming history before Ed Sheeran’s “Shape of You” replaced it in 2017. It is an Afrobeats dancehall song that is regarded to be Africa’s window to the international music scene.

Ye is unarguably Burna Boy’s most celebrated record internationally. It started picking up popular appreciation in the UK weeks before it became a hit in Lagos, the US, and other West African cities. It was one of the leading tracks off Burna’s African Giant album and it set the artiste in the right public perception which he needed in the next phase of his career.

This song is making this list because it blew up the alte (alternative) scene of West Africa to the world. Before it, acts like Show Dem Camp, DRB Lasgidi, Lady Donli, Funbi, Zamir, and a host of others were having fun with their “different kind of Afrobeats” in Lagos and London. This different sound began to gather more energy over the years and the cool African kids from all over the globe could resonate with its feeling of rebellion, pop lifestyle, and pan-Africanism. After Rapid Fire, alte took on an incredible up-scale trajectory that has gone on to influence many factors in the industry, including many mainstream Afrobeats sounds.

Essence was a slow hit. It didn’t necessarily start out as everyone’s favourite when Wizkid’s Made In Lagos album was released in 2020, but slowly bought its way into the hearts of R&B lovers; using Tems’s lucid vocals as its tool. Two years later, it is still bagging awards and topping charts across the US, UK, and back home in Nigeria. The record was nominated for the 64th Grammy Awards but didn’t win in its category.

What makes this journey even more beautiful is how the sound has not gotten to its final point yet, and how it never ever will. Afrobeats still evolves and grows, with new talents being discovered every minute and the older ones constantly reinventing themselves.

This is why we go the extra mile to document sounds from Africa, her popular culture, and the lifestyle of its creators. You should follow DigiMillennials on every platform you have access to so that you stay abreast of happenings within the space.

Check out our latest video in which we ask popular A&R expert, Bizzle Osikoya to guess the name of Nigerian celebrities by telling him their real names.