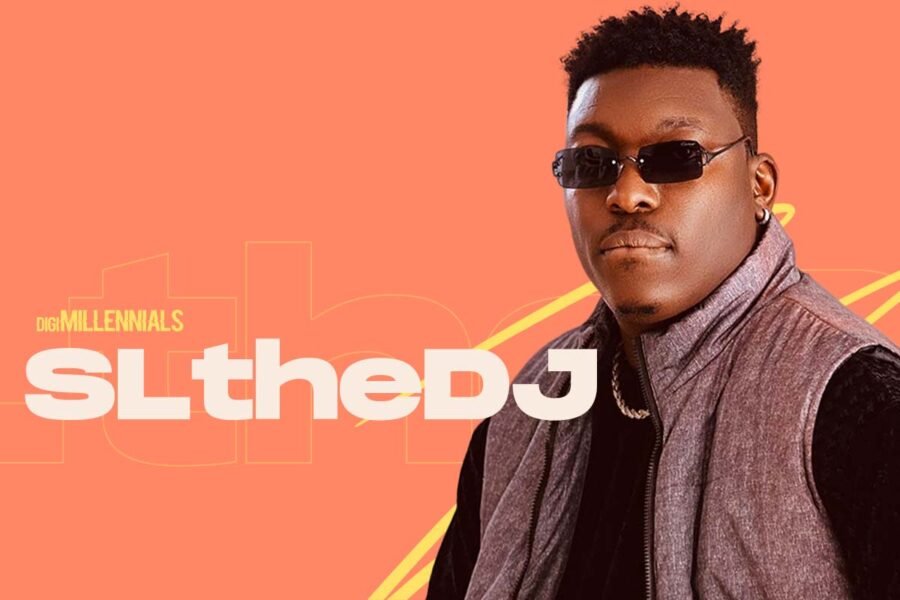 Lagos holds the heart of Nigeria’s nightlife culture. At every junction in every part of the city, there is always an event, show, concert or gathering of some sort going on with a good number of people in attendance. And at the backbone of these gatherings are the DJs.

Disk Jockeying in Lagos is not new. It is as old as Hip Hop is in the city and over the years, quite a number of them have made good name (and money) for themselves through their art. One of the news school acts participating actively in this culture is Seun Leye, popularly known as SL the DJ.

However, beyond DJing, Seun happens to be a lot of things. In this piece, he speaks to Itty Okim and Grace Bello about his love for entertainment, music promotion strategies and his time as Events Manager at Mavin Global.

Let us into the many things you do.

I do a lot of stuff but to sum it all up, I’m a music executive and I specialize in music promotion and distribution. I do a lot from DJing, to promoting music, to planning events, to booking talents and A&R-ing as well, but I focus majorly on music promotion because music is a drug and it’s one thing to be able to make it and another to distribute it to its consumers.

My whole life has revolved around music because my dad used to bring home turntables and vinyls and I would just plug them up together and try to mix sounds. Since then, I’ve been in love with music.

Why was there a need for you to split your personalities because you have two Instagram handles?

So there’s the love for music and there’s the love for being around music as well.  As a DJ, the reaction from the people will give you that sense of fulfillment of making them happy. So the dual personality that you see is just that, if I’m not spinning, I’m either going to be in the studio where the music is being made, or distributing it.

You spoke about being a producer, how did that go?

So it all started before I got admission into the University. My dad would bring home the computers and I stumbled on fruity loops. I started making random beats, trying to recreate the beats that I had heard. Also, after joining Mavin and being in the studio with producers, it brought that interest back and I downloaded the software on my laptop and tried to make beats as well.

Are you still with Mavin?

No, I resigned from Mavin last July to start my own company called SLP promotions. I had been with them for 6 years and it was an amazing time

What was your capacity there?

Let me quickly tell you about my time in Mavin. So in 2010, at the first ever Mavin concert, I told the creative director then, IBK, that I’d like to volunteer to work with him on the project and he agreed. I remember going to the studio then and attending meetings but I never saw Jazzy in person until the day of the event. So on the day of the event, time was running out and Jazzy asked IBK who could run the stage management and he pointed at me and I did it.

For me, it was just the euphoria of taking instructions from Don Jazzy directly and not even from the creative director that made me feel very useful for the first time in my life. So while the show was going on, I felt like I only had one shot and Jazzy was right beside me when I told him that I knew it was probably not the right time to tell him, but that I would really love to work with him. And he said “you’re already working.” But I told him I wanted to do so even beyond the event, so Jazzy asked me to send him a DM. I did that and later that year, I got a call from Tega who is now the COO of the company and the rest was history.

And how has owning your own promotions company been for you?

It’s been amazing and currently I work with a lot of artistes – from Tiwa, to Buju, to Waje. And I still work with most of the Mavin talents like Crayon and Ayra Starr.

When you say promotion, what exactly does it entail?

I know there was an era where songs were always leaked on piracy blogs. How effective do you think that is in terms of promotion?

When I was in Mavin, when a song got leaked before the release date, there’s always a probe as to how it got leaked and we asked the marketing team to trace it and also try to litigate future occurrence. But sometimes, it can be deliberate to make a song go viral before it’s released just to test the waters.

Did you always want to do music?

Yes! I’ve always wanted to be around entertainment and that was what I started off with. While I was doing my NYSC, I was posted to a company called Tequila and it was a BTL agency. And what they do is through-the-line marketing and below-the-line marketing. Mind you, I studied Creative Arts in school and I even went to the Nigerian Broadcast Academy. I was just always around entertainment in some way or form.

How would everything make sense to you in the end and what will give you that sense of fulfillment?

Well, it’s definitely playing festivals and becoming a household name, being able to do what I love, promoting music, booking talents for shows and festivals. Having people that have been able to grow is essential for me because at the end of the day, you’ll want to leave a legacy of supporting artists and also play at a major festival like an EDM festival or afrobeats concerts around the world.

If the songs on ‘Bad Since ‘97’ were WAEC grades
Is Nigeria Really The America Of Africa?

All articles by: Grace Hans-Bello and Itty Okim