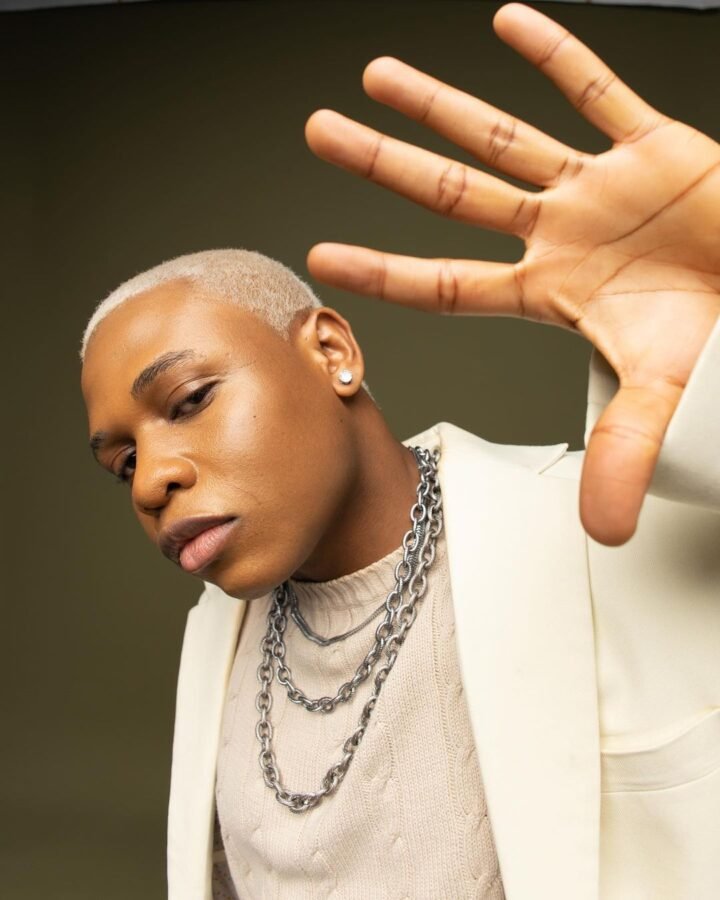 Ugbekile David Osemeke might have not come from the most privileged of backgrounds, but his family wasn’t poor either. His middle-class home instilled in him all the abstract values that he needed to become the Boy Spyce that he is today – the super talented singer, signed to Mavin Records, unarguably the leading record label in Nigeria.

Boy Spyce believes that his life is divinely orchestrated. From his posting freestyles on his Instagram page which got him noticed by Don Jazzy his label boss, to his self-titled debut EP project and his acceptance by fans so far.

“When I sit down to think about a lot of things, they just make me realize that it’s all God’s plan,” the singer narrates. “I do not know what plans he has, but I trust them. I believe so much in the universe. I believe that the universe has power.”

The 20 year-old had always wanted to have the spotlight on his music but had only the Instagram social media application to do so. His attempt at having the whole world listen to his music through the platform yielded fruits as he got noticed by popular Nigerian pop artists, Kizz Daniel and eventually Don Jazzy.

This piece is a story of his process, ‘Boy Spyce’ EP and his biggest motivation. It has been edited for length and clarity.

While you were dropping your series of Freestyles on the internet, did you have any idea that mavin was going to happen, or you were basically just trying to express yourself?

I was just posting my stuff for posterity sake, I wasn’t really expecting  anything.

Narrate the events that led to your record deal with Mavin.

It happened on the 25th of December 2019. On Christmas day. I got a text from Jazzy on Christmas morning. So, I posted a freestyle some days prior to the call and Kizz Daniel reposted it on his story, telling people to check me out. Now I don’t know if that’s where Don Jazzy noticed me, because I know I didn’t tag him to the video. I was not really expecting anything. I just woke up on Christmas morning and got his message. The following year, we linked up. I still remember the day. It was the 7th of January 2020. That was the day I first met him and almost immediately, we began work. He told me to join the academy and since then, we started recording.

While you were waiting to be activated by Mavin, what was going on in the background? What were the major emotions you felt?

I was busy developing myself. You know what they say about the process before gold becomes gold. It has to get through fire and stuff. I had it in the back of my mind that it wouldn’t be easy so I was prepared. Moreover, the dreams I have transcend beyond music alone. I have dreams of going into fashion, film and even the tech industry. It’s not something that will happen overnight so I have it at the back of my mind already that I need patience.

Now that you have the attention of the world, how does that make you feel?

It makes me feel like all those sleepless nights were totally worth it. I feel grateful to God for guiding my little steps and making them big.

What’s your own fame experience with “fake friendship”?

I will just say it’s a normal thing in life and I will not call it fake love. I just feel like in life, there are certain qualifications you need to get some things. The same way I wouldn’t get angry with a producer that didn’t want to work with me for free then but now chooses to work for free, is the same way I won’t get angry if a girl that shunned me then begins to show me love now. The only thing I would get upset about is when you talk down on me because of the things I don’t have. But if you make me understand reasonably that I don’t have what you need at the moment, I won’t get angry. I would simply just go and work on myself.

Did you grow up in Lagos?

I was born in Lagos, I grew up in Lagos. But I am from Benin.

It was tough. Coming from a humble background wasn’t easy. I am the last born and my parents had me in old age so it was really tough for me. Also, going to boarding school was quite tough as well because I wasn’t used to leaving my family. I was the baby of the house so I was always used to pampering and all. In boarding school, I learnt how to be a man of my own. Sending me to boarding school was one of the best gifts that my parents gave to me. That was where I knew I could sing. My friends pushed me to sing.

Have you experienced “ageism” in the industry? You are relatively young, which means people might not want to consider your opinions valid because they feel you are probably too young to contribute. Have you encountered situations like this?

I feel maturity is not in age.  A lot of people feel when they are older or higher in rank than you are, they can’t learn from you. But that is not true. Basically, it happens to me, but not so often.

Is your song ‘Nobody’ a personal story?

No, it was written in abstract. I actually got the inspiration for the song from someone close to me.

Besides music, do you have plans to explore other fields?

Yes. Ever since I performed for a crowd in boarding school, I knew music was my calling but music is not the only thing I want to do. If you ask me, I won’t say I am just an artist. I would describe myself as a businessman. There are a lot of things I want to venture into but I will take them one step at a time. I am starting with music for now. In a few years time, I might start a tech company – you never know. I am using music as a stepping stone to achieve the many other goals I have.

What is that one thing that you hold on to, when you face doubt and fear?

I would just say God’s promise for my life.  Because there are a lot of things in my life that I have sat down to think about  which convinced me that none of this is a coincidence. I mean, the first song I ever performed was a cover of Mavin’s ‘Dorobucci’ and for Don jazzy to text me on a Christmas morning, it’s got to mean something.

Now that all eyes are on you, do you feel any sort of pressure?

It’s mixed feelings, really. I am very grateful and thankful to God that all eyes are on me. I mean, that is the way to put out music and get the reaction that I want. In order to push my music further, I obviously need an audience. Also, I feel now that all eyes are on me, there are certain things I can’t do any more.  I am balancing everything so I don’t feel too much pressure.

In the coming years, what would you want to be your legacy?

Honestly, I don’t know what it’s going to be because I can’t predict the future. But I would want people to see me as a source of inspiration and motivation.