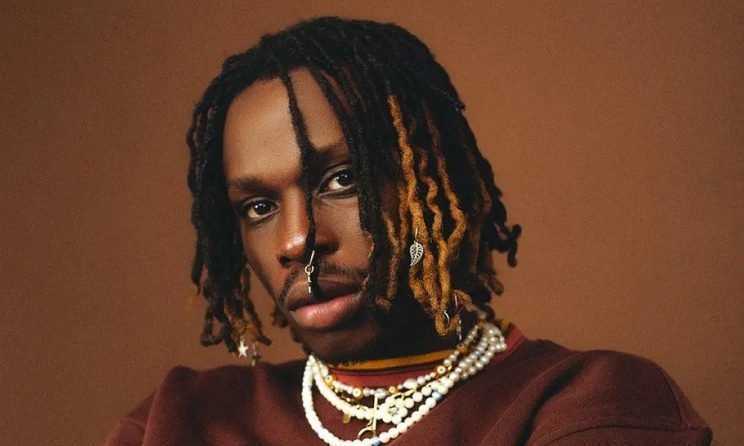 You are at a summer soiree located in Lagos and you are having a conversation with a friend while simultaneously struggling to understand why you agreed to come to the party in the first place. The music has been dull, the DJ has obviously been having a bad day. Suddenly, out of nowhere, Burna Boy’s ‘Last Last’ blasts through the speakers. The atmosphere which has been seemingly dull immediately bursts to life. You quickly find yourself moving to the rhythm of the beat and singing along excitedly with others. Now, that’s the effect of a summer banger right there.

Since the arrival of the year 2022, there has been a galore of musical hits from African artists. These songs have crossed borders, creating a global frenzy amongst music enthusiasts. Some of these jams have become summer anthems echoing in every summer concert, festival and block party. It’s been three months of summer already, but it strangely feels like summer is only getting started. The buzz for African sound is increasing, and it is evident that African music is here to stay. Here are five of some of the African songs currently bringing summer to life.

If you are talking about a global summer smash hit record, this song overtly makes the cut. ‘Buga’ is the product of the team effort between Nigeria’s Kizz Daniel and fellow compatriot, Tekno Miles.The smash hit single has been going bonkers since its release in May 2022. The song is not just a summer anthem, but also a “cult classic”. It is a song that isn’t limited to an age demographic. Both the young and the old absolutely love and enjoy this infectious, catchy number. In its own right, Buga has certainly owned this summer. The song has spanned over three months and is still causing a madness in the global music scene.

This is yet another collaborative effort between two artists that sync well. The global reception to Pheelz’s ‘Finesse’ featuring Buju fka Bnxn is amazing, especially when one recalls how it blew up. Its catchy hook which was first heard as a snippet quickly got the attention of Tik-tokers around the world. Happy feet Tik-tokers then made several dance challenges using the song. Little did Pheelz and Bnxn know that the song would catapult each artist’s career to a new level. ‘Finesse’ instantly became a hit upon release, captivating listeners all over the world, while earning Pheelz his first ever entry on the official Billboard Global 200 charts. Definitely, ‘Finesse’ held the world and every summer block party on a chokehold.

It’s actually interestingly odd that a song about painful heartbreak would be a summer anthem, but here we are. Burna Boy’s ‘Last Last’ is on everyone’s lips and unapologetically so. I mean, who wouldn’t get hooked? The summer banger has sparked curiosity in the minds of non-nigerians who abruptly demand to know the meaning of “Igbo and shayo.” Before ‘Last Last’ was ever played on the radio station and in nightclubs, an average foreigner’s idea of the word ‘breakfast’ was different from what they know now. The monster hit is a summer favorite amongst music fans all over the world and this fact cannot be denied.

Rema’s ‘Calm down’ is the perfect summer bop. There is something about it. ‘Calm down’ embodies the cliche summer appeal. It has that beachy and wavy vibe that comes by default with the summer season.  No wonder it is heavily played by disk jockeys all around the world this summer.

Although very fresh, Fireboy and Asake’s ‘Bandana’ has been owning the summer upon arrival. It is fast paced, catchy, groovy, and happy. It is giving just the kind of vibe that every summer party needs. The critically acclaimed single is quickly gaining momentum as a top contender for the song of the summer. With the visuals dropping recently, one can only wait to see what magic unfolds before the summer comes to its climax.