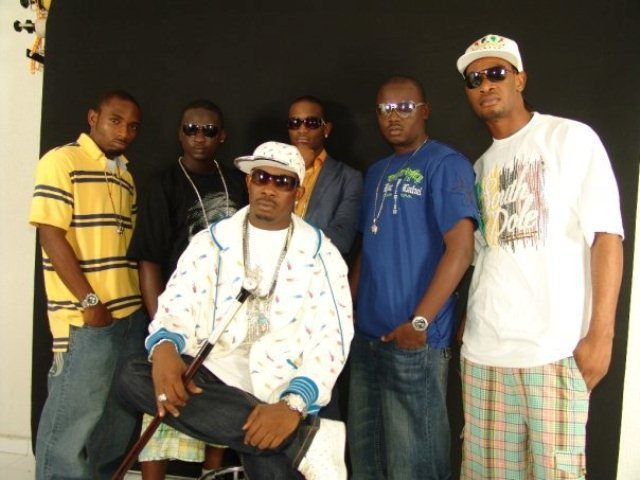 Mother nature is cunningly slippery. Where has time waded off to? How is Mavin Records ten years in the game already? Even more quizzical, how has its label head in conjunction with the executive team been consistent in handpicking remarkable and trend-defining talents who go on to deliver special projects through the years? Perhaps, they are secretly in possession of a talent-hunting octopus that aids in selecting these acts. One thing that is however as clear as day is that the brainchild of  Michael ‘Don Jazzy’ Collins is arguably the most reputable label in the African music industry today.

Before Mavins grew wings enough to soar rickety high, there was a parent record label that existed. The defunct but highly successful Mo’Hits was this parent label. The record label hosted an enigmatic class of stars such as the iconic D’banj, Wande Coal, Dr. Sid, D’ Prince, and Kay Switch.

There are singers and then there are crooners. Like the Mavins, the MoHits crew were not just singers, but top-notch crooners. As solo artists and as a group, the MoHits boys produced some of the much-talked-about albums back in the day. Even to this day, the praises of some of these projects are still sung repeatedly by music connoisseurs and often come up in album-of-decade debates.

The road from Mo’Hits  to Mavin has been paved with beautiful memories and is still being paved. These memories are best triggered by some of the solid body of works that have emanated from this wonderful musical family. In commemoration of Mavin’s tenth-year anniversary, enjoy our list of Mo’Hits to Mavin’s top 5 albums.

There was once a time when D’banj and his beloved harmonica were inseparable. In fact, it was his trademark at the time. Luckily, his charm worked for him as music lovers soon became glued to this energetic and talented entertainer who seemed to always have an aeroponic instrument in his mouth even when the occasion didn’t require him to. ‘No Long Thing’ was D’banj’s debut album and it was blazing hot, with hits like ‘Tongolo’, ‘Socor’, and ‘Mobolowowon’. This album is forever memorable because it introduced the world to the “koko-master”.

‘Curriculum Vitae’ walked so Dorobucci, All Is In Order, and Overloading could shine. This was the original all-star compilation album from the MoHits/Mavin dynasty. The big boys came out to play and the joint effort gave birth to infectious pop renditions like Booty Call and Pere. Yes, Rema is not the first singer with an insatiable lust for the feminine jiggly mound of sexiness.

Evergreen is one of the adjectives that come to mind when this project is mentioned. This album dropped and nothing was ever the same again, It changed the trajectory of things. M2M was so different that it’s still considered the blueprint of debut projects in Nigeria today. It was a fresh awakening as every song was an anthem. Although Wande Coal’s break-dancing days are quite behind him, M2M will always be ahead of its time.

Before Turning Point, Dr. Sid was engulfed with rap/hip-hop music. It was Don Jazzy who then encouraged him to try pop music and we are in debt to Don Baba J that he did. ‘Turning Point’ features bangers like Pop Something, Over The Moon and Something About You. There are rumors from the great vine that Don Jazzy himself may have contributed his pen game to this album, but all we can say is that we totally think it deserves to be in the league of the Mo’Hits to Mavin album hall of fame.

Once upon a time (pun definitely intended), Ayra Starr wasn’t the leading lady in Mavin record, Tiwa Savage was. Her debut album was honestly long overdue considering the fact that Tiwa had already gained momentum three years prior to its release, but that’s not the point. If anything, the wait was worth it. This album was graced by popular songs like ‘Eminado’ and ‘Olorun Mi’, with recurring hits like ‘Kele Kele Love’, and ‘Love Me (3x)’ making the cut. This album was the coronation Tiwa needed to cement her place as the first lady of Mavin. This is the reason it definitely deserves a spot in our top 5 Mo’Hits to Mavin albums.