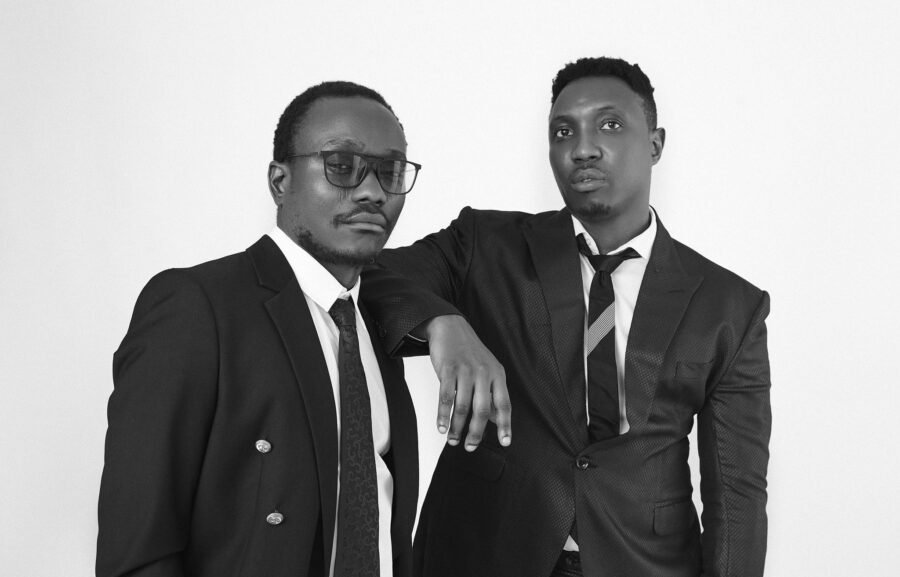 The first time I came across the album cover for Ethos, I said to myself, “this image shares semblance with a picture I have seen before.” I knew I had seen this particular pose before, and I was right. It was an exact imitation of an iconic Mohammed Ali and Malcolm X photograph.

Instantly, I became fascinated. The reason for intrigue wasn’t attached to the album art alone, but was particularly about the artistes involved. The idea of a Hip-hop mastermind like A-Q collaborating with a Folk-pop virtuoso like Brymo on a joint record sounded like music to my ears, and earnestly, I think it was about time such collaboration happened.

Both Gilbert Bani (A-Q) and Olawale Ashimi (Brymo) are known for their lyrical profundity, and one might say this is why fans resonate with them as much as they do. So naturally, expectations in terms of lyrical depth and punchlines were super high, and the duo didn’t fail to deliver.

Interestingly, all songs on ‘Ethos’ were produced, mixed, and mastered by a single music producer. Veteran music producer, “Bigfootinyourface” outdid himself on this project. Every chord, synth, bassline, drum kick and other musical elements were precise and intentional to fit each artist’s “default” genre and style.

Just like Ali and Malcolm X, Brymo and A-Q share a similar ethos. Both creatives serially use their platform as a tool to express grievances and thoughts about socio cultural and political issues.

‘Baale House’ is a rude awakening; an energetic charge reminding Nigerians about the present chaos at hand. ‘Ethos’ contains “real-life” themes, ranging from love (Do You Ever Miss Me), to betrayal (Family First), to trauma (Stay), to warfare (This Is War), to pain, and to nihilistic cries (All By Yourself).

One of the most fascinating things about Hip-hop/rap music is its ability to convey deep messages with amazing temerity and fervor that leaves listeners with a mental picture of the message the artist is trying to convey.

This is exactly what a song like ‘Family First’ achieves. It sheds light on the brewing “bad blood” between A-Q and former label boss/rapper, M.I Abaga. The rapper poetically reveals his chapter of the story while Brymo adds extra soul by infusing a catchy hook over slow metered hip-hop/r&b beats.

‘All By Yourself’ at best is a plaintive, but soulful requiem to Beats by Jayy, who unfortunately passed away last year due to covid complications. Jayy was a legendary Nigerian Hip-hop producer and long-time friend of A-Q’s. Just when one might think the record couldn’t get any more emotional, a brief and humorous voice note of Jayy’s surfaces towards the end of the song, bidding a tentative farewell.

Zeus is to the sky as Shaun Mbah is to ‘Oxygen’
MGT101 signs with Jake Millz and Quiries Odoko, releases ‘Ogede’ by Jake