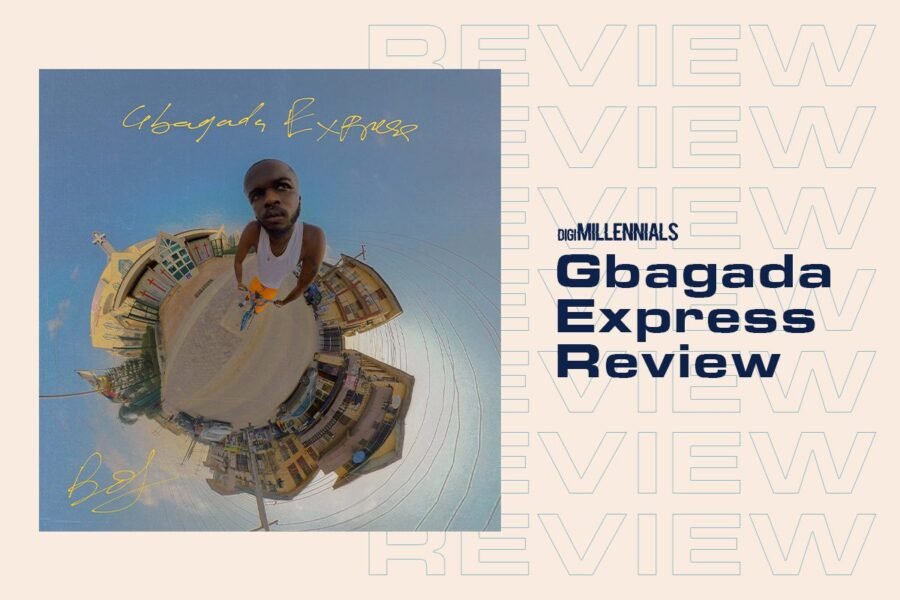 To some, the term “Alte” is synonymous to a lifestyle, while to others it is the freedom of creative expression without conforming to what seems popular. These defining concepts have always been the driving force behind the creative ingenuity of Bolaji Odojukan, popularly known as Boj. He is often credited as one of the leading pioneers of the urban sound as he has been spearheading the Alte movement since the mid 2010s.

The British-Nigerian artiste once again explores colorful genre fusions in his latest body of work Gbagada Express. The 16-track project serves as his third professional studio album as a solo artiste. On “Gbagada Express”, Boj enlists the help of Afrobeats A-listers, and veterans such as Davido, Wizkid, Tiwa Savage, and Mr Eazi, amongst a few others to help give the musical project a Midas touch.

The album kicks off with Krizz beats produced “Owo Ni Koko” which features Fireboy DML singing over heavy kicks, guitar loops, and melodious adlibs while Boj laces the song with his self-assuring verses. The album opener is a mid-tempo tune that emphasizes on money making, and the importance of hustle.

The second track Tinu Ewe is an Alte goodness. It solidifies Boj’s reputation as a sound connoisseur. “Tinu Ewe” is a rich blend of Western R&B mixed with traditional sounds to give it an alternative feel.

Lekki Love is the third song on Gbagada Express. Buju comes through with his habitual trait of belting beautiful melodies under Afrobeats instrumentation,while Boj’s soulful verses compliments, and confirms the creative energy between both artistes. There seems to be a mystery rapper at the end of the record though..

The fourth track Awolowo remix features Wizkid, and DarkoVibes.  The record showcases the diverse styles of all three artistes involved. “Awolowo” is a rich, and unique blend of neo-trap, and Afrobeats. Kudos to the music producers.

Prettyboy DO-assisted Confam comes in next. This record is juicy! Permit me to use those words. Another beautiful sonic experiment of sounds. “Confam” delves more into the Konto style of music but with an urban feel.

Track 6 Get Out The Way featuring Ghanaians Kofi Jamar and Joey B is an “aggressive” and bubbly record. It is heavily inspired by drill and UK garage sounds. Drill lovers would definitely rock with this one.

“Sonic orgasm” is how I like to describe this next record In A Loop. The delicious vocal textures of Moliy and Melissa further does justice to the song. Once again Boj is intentional with the sonic experience.

With Emotions, Boj, and Krizz Beats team up once again. Both creatives seem to have a chemistry, as it is very evident on this Afrobeats masterclass.

‘Big woman Enny but for aunty, I still bend my knees’ are the witty words used by talented English rapper, Enny on Juls-produced Culture. Enny flows so gracefully that you wonder why you haven’t heard of her before. Enny is a beautiful discovery, and she brings her A-game to this track.

Emotions are left flying in the air with the Victony assisted Unconsciously. Whenever you are in the mood for a sexy rendezvous, this is the song to include in your playlist for sure. Money & Laughter featuring Amaarae, Zamir screams Alté royalty. The smooth laid back vocals of Amaarae would have you feeling transported into a mental state of Utopia.

Abracadabra is graced with the star power presence of Davido, and Mr Eazi. “Abracadabra” is a party track that will have you nodding your heads and laughing to the humorous lyrics. Boj and Obongjayar birth smooth tunes over lush productions in Action Boyz.

The last track on the LP is a feel-good song. The happy chord progressions and gyration tunes will have you moving with happy feet. Boj and Tiwa Savage’s Your Love makes the final appearance on the album tracklist.

With Gbagada Express, Boj makes a statement. He proves that he is still one of those who understand how to bend genres. Gbagada Express is a well deserved 9/10 project.

Interview: Bolu Ajibade No Longer Wants To Be A Stranger
Fashion Deals, Sell-Out Records and Tours; Burna Boy’s PR Is One To Study