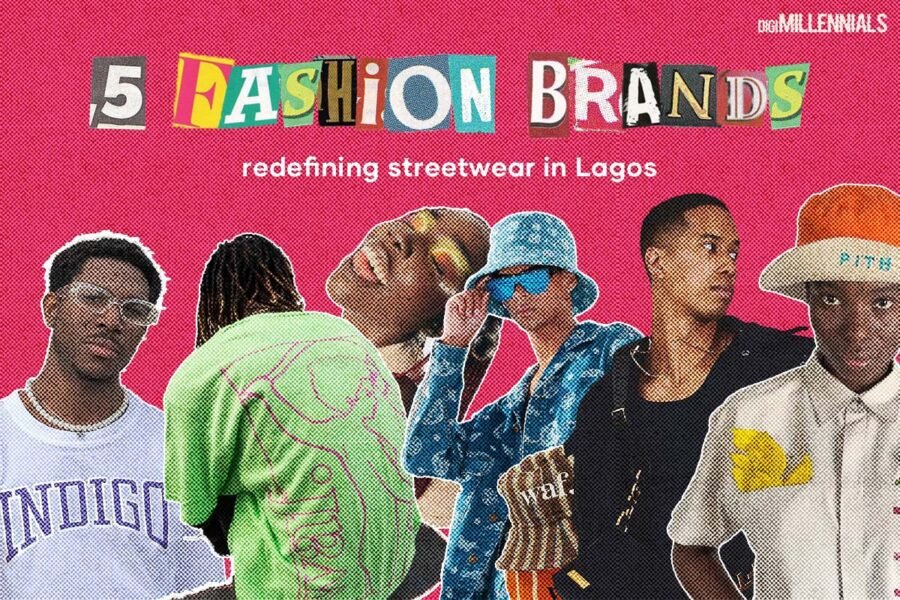 The fashion scene in Nigeria is one worthy of note, especially in Lagos as it is the heart of pop culture in the country. From music, to fashion, food, lifestyle, aesthetics; you name it. Lagos houses each and every single one – both large scale and small scale – giving a thriving space for every single one of them.

Street wear in Lagos seems to be gathering more attention now than it ever has. The evolution of the alternative scene in Lagos, especially the streetwear, is one to be applauded as it has broken boundaries globally, defied odds and consistently raised the bar. In achieving these heights and maintaining it while still being true to themselves, these five fashion brands are redinfing the fashion in Lagos, while creating safe spaces for the “weird”, “different” and ultimately “cool” kids in the city.

Founded in 2012, this brand is most popular for being a major support system for skateboarding culture in Lagos specifically. “Waf.” has organised a countless number of experimental events to showcase various creatives from all spheres in the city. Their merchandise varies from shirts, to tees and cargo pants with African prints. Whatever it is, an element that is always prominent in their products is the promotion of African urban culture. In collaboration with the Lagos state government, Waffles n’ Cream is working on creating a first of its kind public skatepark in Nigeria.

Just as its name screams, “Ashluxe” is everything fancy and luxury, made for the street and “popping” people. Founded in May 2015, Ashluxury aims at giving people the freedom to express their individual style, while focusing on elegance and craftsmanship and sourcing inspiration from the likes of Balenciaga, Fear of God, Off-White, Casablanca, etc. Yinka Ash is the creative director and founder of the brand and he described it as a ‘high-end streetwear brand that represents the Nigerian millennial’.

Drawing inspiration from Virgil Abloh and his legacies, PITH was founded by three university mates; Emeka Anazodo, Ojeman Cosmas and Adedayo Laketu during their final year in school.

PITH Africa’s ideology is to create a brand that taps into the essence of being young, creative and wild. One noticeable feature about PITH is their use of very bright colours and inclusivity for sexualities, while embracing the Lagos alternative scene. They are known for their collaborations with Quacktails, Kkerelé and other entities with similar vision as theirs.

Founded by social media sensation, Justin UG, the brand perfectly balances luxury and streetwear with affordability as a core ingredient of its makeup.

One can describe Indigo as a brand targeted majorly for Gen Z, considering the designs of their branded shirts, hoodies, trucker hats, and shorts to the tie-dye shirts. The brightly colored logo is definitely an eye catcher. Paired with the right accessories, it’s perfect for parties, club experiences and casual events in Lagos city.

These brands have not just established themselves in the industry, but they are reimanging and redefining fashion in Nigeria and Africa at large, with the merge of the old and new to bring something fresh – something unique, true, creative and authentic.

All articles by: Sawyerr, Hermother's Daughter and Itty Okim