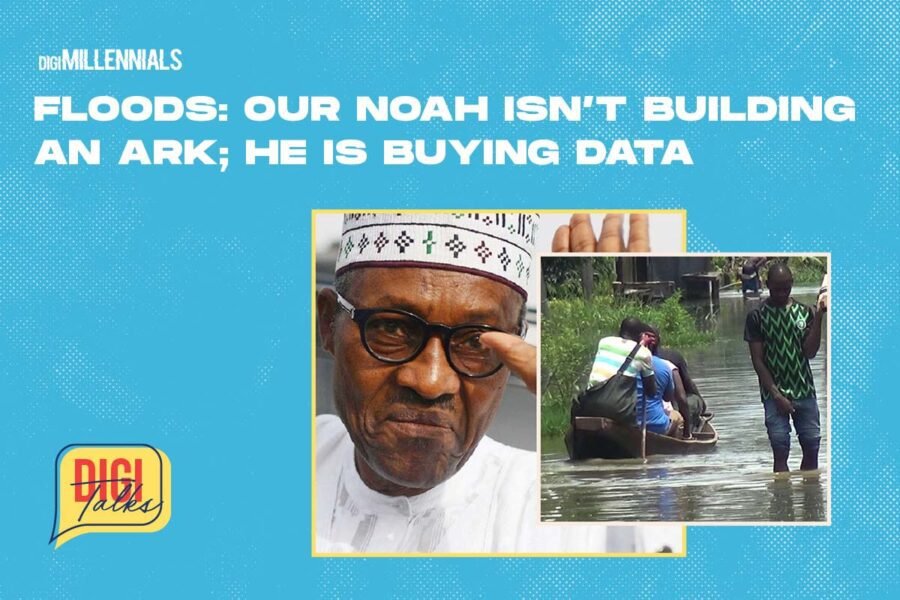 It hit the news during the weekend that our beloved General Muhammadu Buhari has just recently stated that the Presidential Villa will be needing the sum of N14.8 billion for internet connection, stationery and telephone charges, among others ahead of 2023.

Growing up, one of the most common sayings sounded something like “Nigeria is really blessed and natural disasters can’t happen here.” Yet here we are, years later, reliving the days of biblical Noah; only this time, without an ark because the people placed in charge decided to use budgets that should have been put into preparing for this crisis into improving the internet in their humble abode.

Since we’re already reliving the past, let’s time travel a little bit.

In 1977, the Cameroon government decided they were going to build a dam and during the planning, a young lad among the specialist noticed a flaw and informed them about it, so the Cameroonian government called their Nigerian counterparts with the message (we have made it jiggy and you are welcome):

“Yo we want to build a dam, but we saw that on days when we want to release water from it, some of your states will suffer from floods, so what if we build two? Yours doesn’t have to do much unless you want it to, it will be just be for collecting the water that is being released from ours, you feel me?”

and our boys had this to say:

“Aight, aight, cool. Let’s run this p. We can even use it to run electricity to you guys. Sounds like a plan.”

But they did not know that they had contacted Femi (bears no resemblance to any persons, dead or undead) who is a chronic liar and so here we are, years later, with no preparations whatsoever for the flood crisis we face.

The effects of Femi’s shortcomings

When one leg gets infected, you are advised to cut it off so that the other leg doesn’t get infected, but that was not the case with the guys we placed on the presidential seat. Years have gone by and nothing has been done to ensure the completion of the dam which has led us to where we are now. 1.3 million people are reportedly displaced, 2407 injured and over 600 people dead. 121,318 houses and counting are partially damaged, 82,053 houses are totally damaged, 108,392 hectares of farmlands are partially damaged and 332,327 hectares of farmlands are totally damaged.

All of this could have been avoided if our government had simply followed through with an agreement that was made over 40 years ago. So no, we do not commend any minimal efforts made because a notification was sent to them years ago; perhaps, the reason they want to use 14 billion to buy data.

Our hearts and sympathies go out to those affected by the flood. We mourn the losses and pray for those out there. We implore the public to make donations of non-perishable food and materials to families who have been made homeless by these floods. Sending love.

The most interesting Nigerians on the internet
#EndSARS: Songs That Can Get You Angry Again