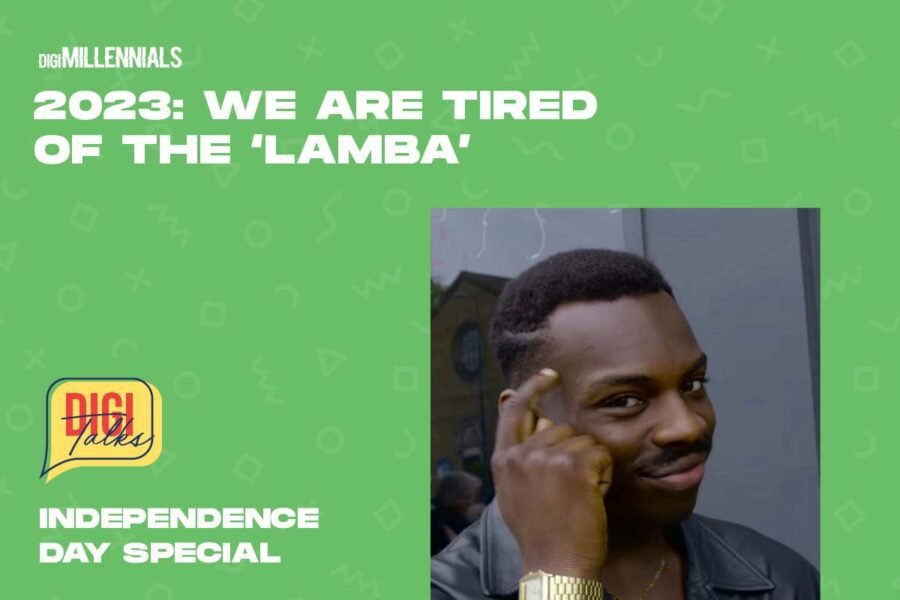 “There are a lot of evil people in this world: your boss, colonial masters, your math teacher, the evil woman that tried to make you right-handed when you were left-handed, the people that sell soda for N200, Andrew Tate, ASUU and the federal government, and a long list of others. But none of them come close to the monsters that text you “we need to talk,” the very sentence that originates from the devil himself.

It is the same sentence HR sent to Ngozi just before she was fired, and the same four words Agatha got before her breakfast was served. So the first thing DigiMillennials would do if Nigeria votes us as president in 2023 would be to abolish this statement forever.

If electoral candidates made these sorts of promises, the whole decision making process would be easier. Constantly promising people and making people vote for you out of lies and false promises is deeply unnecessary. We are in a time where people just want to be told the truth. Nigerians understand that the problem of this country is not something that can be solved in 4 years, so nobody is going to vote for anybody that actively chooses to lie to them.

This is an era when people are the most understanding; when they are ready to place themselves in the shoes of others and truly empathize with them. How do you want to alleviate poverty in 4 years? How do you want to get everybody employed in 4 years? Is your daddy a baba? Honourable Minister Ogbomosho, are you now flying?

Yes, you want to focus on real problems and make people believe that there’s a way out, but why not start small? Why don’t you try dealing with the little things then proceed to solving the bigger problems? Corruption is bad and you want to wipe the country clean of it, but have you wiped your kitchen’s window?

We have been promised a lot but all we’ve got is terrible inflation and Fanta being 200 Naira. And this doesn’t only apply to politicians and people in the government, but to all of us. Lets make realistic promises and don’t tell me to send my account number if you don’t have any plans of being a fortunate person.

Happy (or not) Independence Day.