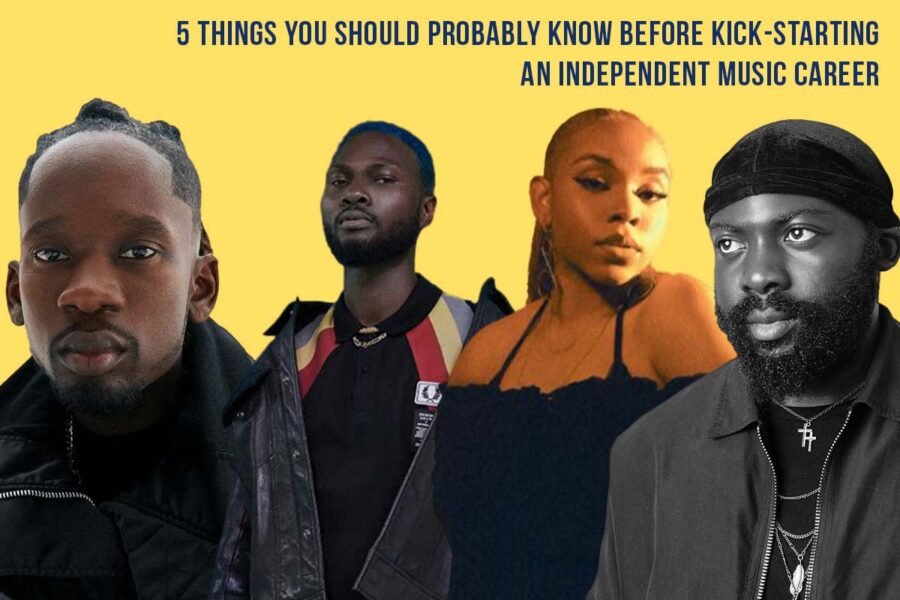 Perhaps you didn’t know, 2022 is the best time to make music as an independent artist. There has never been a better time to reach a large audience whilst generating income as an unsigned artist.

Before the advent of the internet, the only way a music artist could attain success was by signing record deals with music record label companies. Unfortunately, the thing about record labels and record deals is that there is always more beneath the surface. In recent years, there have been several instances where aggrieved artists have resorted to suing their record label, or vice versa because of certain breaches of contractual agreements. In addition, artists under record deals often complain about a lack of creative freedom.

Now more than ever, young and experienced musicians alike are becoming more cognizant of the audacious power that the internet bestows. Social media is becoming the key to creative freedom for recording artists hence as an independent recording artist, if you know the stairways to navigate, you do not necessarily need big record deals to “blow” in the music industry.

It is true that majority of the big names today are signed artists, but there are so many “indies” who are doing remarkably well too like Fave, Oxlade, WurlD, Mr Eazi, Suté Iwar, to mention very few.

So we have made a list of 5 things you should probably know before kickstarting an independent music career.

Every serious musician, either independent or signed, should be familiar with how important distribution companies are in getting music on digital stores. There is a variety of “distro” companies out there, but it is super important to make sure that you patronise one with both maximum effectiveness and the best deal too.

Your A&R is a business partner

Let’s face it – the likelihood of your friend or family to give you a constructive remark about your song is slim. They often won’t tell you the truth, as they might fear for you getting hurt or misunderstanding their criticism. This is why having an actual A&R (Artiste and Repertoire) outside your family and friends is important.

You need an EPK!

As an indie artist, creating an Electronic Press Kit (EPK) is one of the easiest ways to grab the attention of playlist curators, bloggers, radio on-air personalities and editors. It is your safe ticket to reach out to the media. An EPK is an organized electronic portfolio containing information such as artist bio, song, social media platforms, and website, amongst other things. There are tons of EPK-creation sites available online. convertkit.com is a safe example.

Networking does the magic

It is often said that success is not about what you know, but the people you know. The importance of networking with the right people can never be over-emphasized. Learning how to network with fellow creatives and “industry heads” would aid your career as an independent act. Attending events and leveraging social media are the easiest ways to do so.

Sapa is not your friend

This is probably the most obvious point, yet, many tend to forget. It is important to understand this before kickstarting your independent music career. The music industry is expensive and you need money. As an indie artist with no sponsor, you have to figure out a way to make money on the side so that it becomes possible to push your music without feeling frustrated.

Every millennial has the lyrics of these 7 songs stuck in their heads
Review: Love, Damini