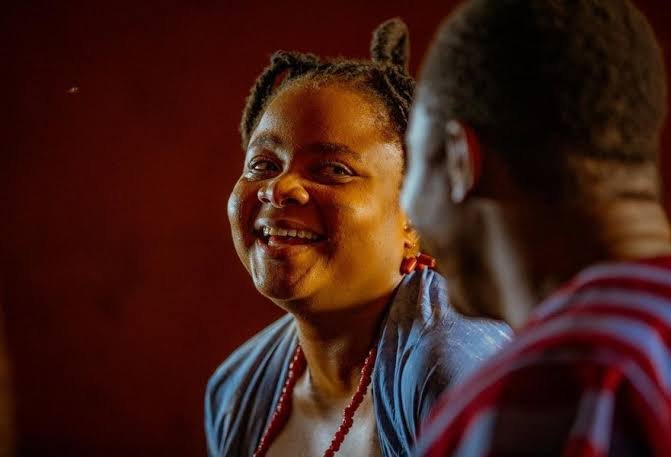 Kunle Afolayan outdid himself once again with this epic fantasy he titled, Aníkúlápó meaning “We/I have death in our/my pocket.”  But is this even possible? Well, Arolake made it possible for Saro. Let’s start from the beginning.

Saro, a weaver of the aso-ofi clothes and a traveller, journeyed into the then ancient and most prosperous city in Yoruba land, Oyo. On getting there, fortune smiled on him as he came in contact with a wealthy ceramics factory owner, Awarun, but it came at the price of an affair with her. During this period, he meets Arolake, Alaafin’s youngest and favourite wife, who also develops feelings for him and they both begin an illicit affair and eventually plan to elope together. All these came to nought when the Alaafin learnt of Saro’s betrayal. Saro was chased out of the city, beaten up and left to die in its outskirts.

Arolake, who had managed to escape successfully, watched from afar Saro’s pain and his encounter with the mystical Akala bird. Her audacious and brave act saves Saro and gives him a power no mortal has ever yielded – the ability to raise the dead. This earned him the title of Aníkúlápó in the town of Ojumo were he and his lover Arolake had settled in. But, like every hero, Saro has his flaws which are greed and pride and these later lead to him losing Arolake and eventually his downfall.

But was Arolake right for giving Saro the power that eventually led to him despising her? It’s actually subjective. Based on your opinions and view you can decide to either condemn or praise Arolake.

She was a woman in love. Her love for Saro had no limits, that’s why she was willing to leave all behind and elope with him. After getting the power from Akala bird, she had every right to keep it to herself or dispose of it but she didn’t because first and foremost, she saw Saro as not just as her lover but also her head.

In Nigeria, especially before the coming of civilization even after it, the woman is taught to reverence and submit totally to her husband. A very clear example is in Chimamanda’s Purple Hibiscus. Despite Eugene’s hard fist and unconventional ways of correction, Beatrice still stayed. It’s safe to say that it’s the African culture for the woman to submit herself to her husband irrespective.

But was Saro Arolake’s husband or lover or did they eventually get married?

Secondly, if Arolake kept the power to herself and used it, there’s a possibility that she could have been tagged as a witch. Remember earlier in the movie, Awarun was tagged as a “man-eater” because she left her marriage and slept around; especially with younger men. Only witches or people with association with these spirituality had such abilities and the people who were in such associations were the men.

Even with the powers, Saro was still questioned, especially by the chief priest of Ojumo, on where he got them from. Was Arolake a dutiful wife to Saro? Yes. Was she saving herself from unnecessary attention, gossip and a possible bad label? Maybe. Was she foolish to give it all up for Saro? You decide.

But one thing that stood out was Arolake once again proved that hell hath no fury like a woman scorned and she dealt with Saro in a way he never recovered from which led to his eventual death. Or not?

We love the melanin goodness of Magixx’s ‘All Over’ video
Quiz: Are You a Mechanic, Baller or Beech