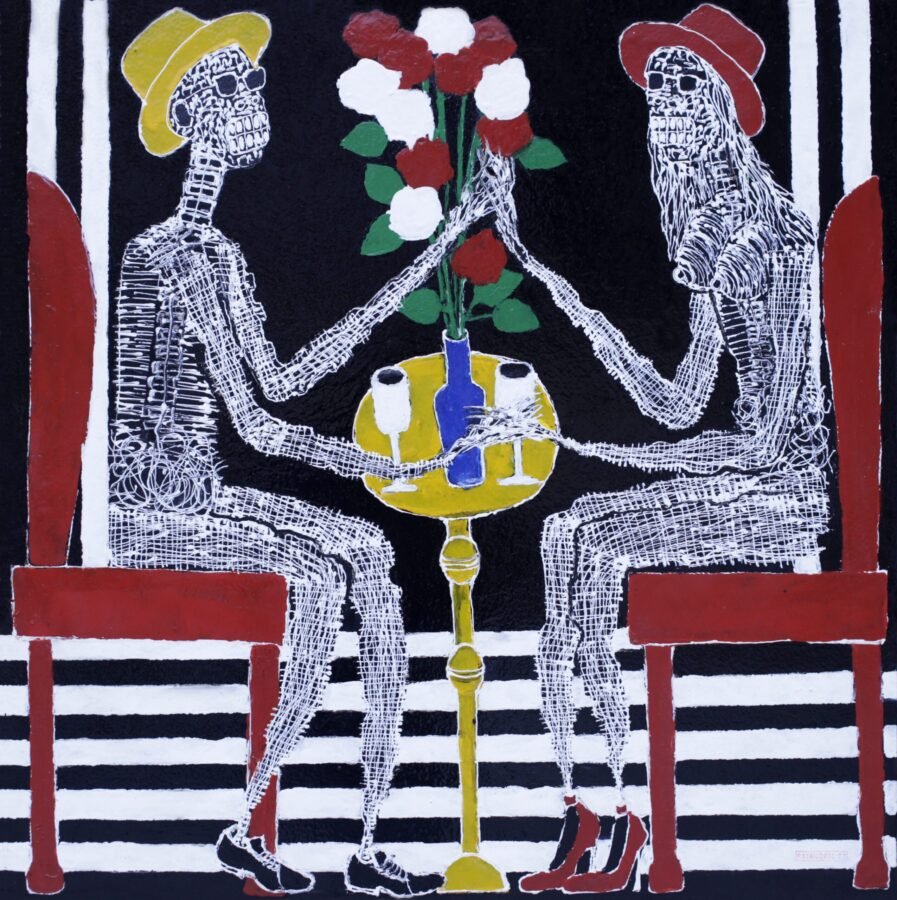 As is typical to the artist/businessman, there is so much innovation in everything Mr Eazi touches. Real name Tosin Ajibade, the serial entrepreneur has taken to his social media to announce the release of a single off his coming album. The single is titled ‘Legalize’ and is set to drop on Friday, the 10th of June.

But that’s not all. Mr Eazi has also showcased the cover for his album set to drop next year. The cover is an artwork that shows two skeletons, probably in love and wearing hats. It was made by a French-speaking African contemporary artist called Aureil Bessan who makes beautiful pieces using skeletons as characters.

This is coming right after the singer had proposed to his longtime girlfriend and Nigerian actress, Temi Otedola so it is only fitting to guess that the ‘Legalize’ song is about this engagement, judging from the song’s title.

Fans are left to anticipate both the single and even the album that comes thereafter. Here is how to pre-save it.