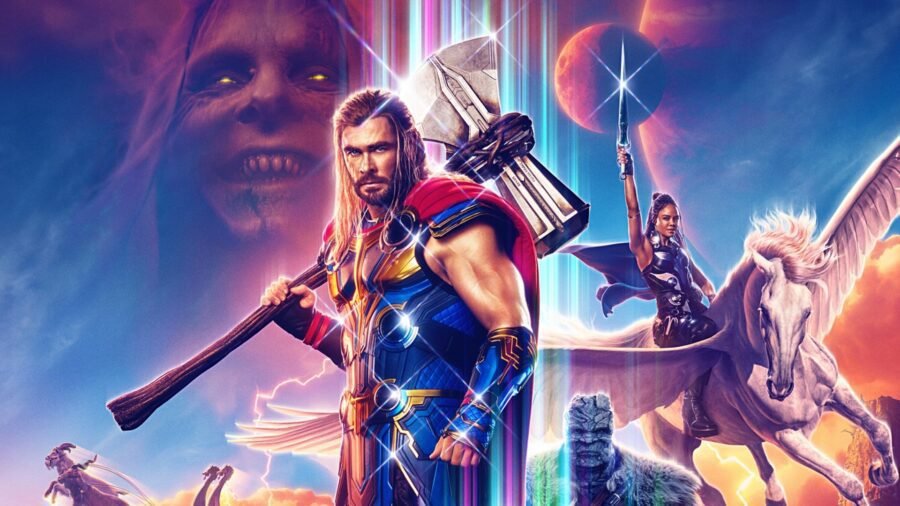 Many of Marvel Studios’ avid followers would tell you that the 4th phase of their cinematic franchise has been slightly different from the other phases. A lot of people criticized the Studios for trying to attract a new audience and diverge from original story play to cater for various societal expressions that were not originally included in other Marvel phases.

While the new angle the studio is driving at is rather unique, it’s popular thought that there is no need to switch things up and ‘Thor: Love and Thunder’ might just be that classic superhero movie the fans have been begging for.

Thor 4 was released for cinematic viewing today. This latest installment by Marvel is a special one – it is the first solo hero movie that breaks the trilogy triangle that Marvel solo movies are associated with. Only the ‘Avengers’ attained this feat.

Thor in solo movies during the other phases were simple – your-typical-hero-saves-the-day type of movie. While it didn’t rack up record-breaking box office numbers like others, it did just enough to ensure it got renewed for another movie each time as fans enjoyed Taika Waikiti’s comedic take on Thor.

You have heard a lot about Nollywood, now read 3 filmmakers assess its growth

Now, we get this refreshing action-packed clash between the forces of light (really more lightning) and darkness. The movie sees our hero Chris Hemsworth play the absolutely ripped god of thunder while battling against the god butcher, ‘Gorr’ played by Christian Bale, who is on a mission to “kill all gods”. The movie is set to retain that comedic setting Taika Waititi maintained with most Thor movies, but emulsify with dark elements that Christian Bale’s villainism brings.

Many expect this movie to be Marvel’s biggest hit this year; an expectation few believe it will not meet. Firstly, the depiction of the character ‘Gorr’ while not fully comic accurate, sees that he is not drawn into the comedy troupe of Thor’s antics. It is a trait that many fans seem to appreciate.

The creative company managed to release a trailer that gave us the gist of the movie without giving up too much. So many of the surprises in this movie will be seen in the theater halls.

The movie is estimated to get at least $300 million on opening day; much more than ‘Doctor Strange 2’ and ‘Spiderman: No Way Home’ and the numbers will rise from there.

While it might be too early to call it Marvel’s biggest movie this year with Black Panther 2 on the way, there’s every likelihood it just might be, with the amount of positive reviews those privy to early viewing have given about the movie.

Different possible reactions to Giveon's newly released album, ‘Give or Take’
BBNaija back with 7th season!