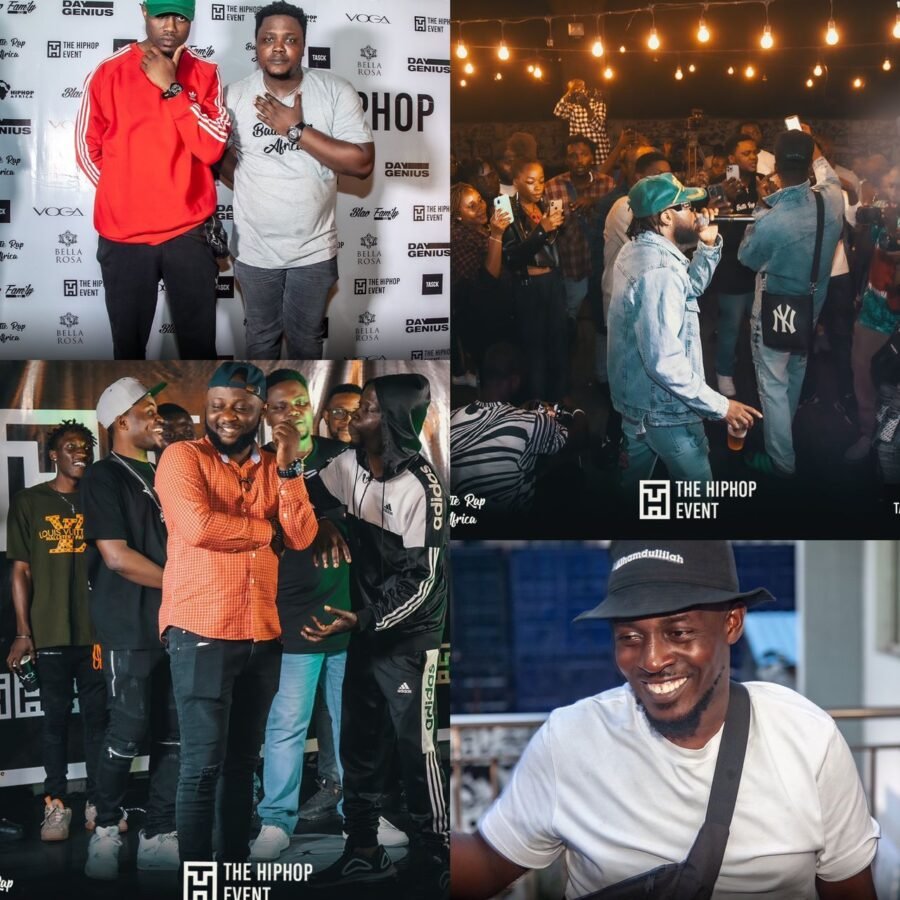 To everyone who ever said ‘Hip Hop is dead’, get ready to eat your words. One of Africa’s most popular rappers, Jude ‘MI’ Abaga, has announced the Hip Hop Event, which kicked off on the 30th of August at CCX Lagos. In collaboration with TASCK Creative Company and DayGenius (Rapper and owner of Battle Rap Africa), the event is a celebration of hip hop culture and will be headlined by some of the best rappers in Nigeria.

The success of the debut event, which had M.I. Abaga as the headlining act, laid the groundwork for the subsequent events, including the “Off the Top” edition, which included Dremo and attracted a sizable crowd of hip-hop fans. The event has featured performances and battle raps that are amusing, clever, inventive, and disrespectfully entertaining. To the excitement of the audience, the most recent Bloody Toll edition was attended by the popular rapper Vector, who is rumored to have previously engaged in a “beef” with M.I. Abaga. With an impressive lineup of hip hop stars, the event is set to take over the creative scene in Lagos.

Speaking on the event, Jude ‘MI’ who is also the CEO of TASCK says, “Hip Hop is a genre that is known for its lyrics and freestyles and the event will give young MC’s a chance to develop their writing skills and improve their performance stamina.” He added, “We will also have battles that will help these young rappers gain confidence and learn how to perform in front of crowds.“

In the past, rappers had to rely on their own skills and talents to make a name for themselves; but now, with the help of The Hip Hop Event, they are able to showcase their talent in front of a live audience. What’s more, the event not only gives young rappers a platform but also creates social impact by encouraging attendees to participate in the forthcoming 2023 elections.

In line with the ongoing #vote4Nigeria and #iRegistered campaign by TASCK, the event will use the influence of creatives attending to drive social change. MI expressed the importance of this initiative saying: “I’m imagining a Nigeria that is changed because of the fact that young people, especially creatives, get involved in good governance, hold leaders accountable and push for social change. We will use every platform available to make this dream a reality.”

The event which is hosted every last Tuesday of the month is open to the public and is judged by industry professionals with the winner of the night receiving a cash prize. TASCK continues to connect creatives with unique opportunities that allow them to not only showcase their talent but also create change in their communities. This event is not one to be missed and will most likely have people talking for months to come.

For any enquiries, please reach out to the handles below: